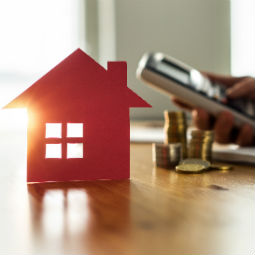 On May 2, 2019, the CJEU delivered the judgement of paramount importance for the construction industry (ref. no. C-224/18 Budimex) concerning the establishment of the moment when the VAT on construction services is due.

In the case under consideration the Court presented the position that the VAT Directive’s regulations do not prevent establishment of the moment when a construction service is formally accepted by an ordering party. It is only required that the formality should be explicitly included in the agreement concluded by the parties, in line with the common standards of the industry, and be an effective finishing to the construction service, setting the final remuneration for the contractor.

The case under consideration was subject to the review from the CJEU as a result of a preliminary question from the Polish Supreme Administrative Court, which had been submitted in autumn 2017 in order to resolve the repeatedly communicated concerns on the part of the construction industry regarding the moment of the establishment of VAT taxability in case there was no properly issued invoice documenting the completion of service. The problem was whether VAT should be due at the date of the formal acceptance by the ordering party or at the moment when a construction service is actually finished, mainly understood as the moment when the contractor definitely vacates the constructions site. The latter position was presented by tax authorities bound by the general tax ruling issued by the Polish Ministry of Finance on 1 April 2016 no. PT3.8101.41.2015.AEW.2016.AMT.141. As a result, the tax authorities deemed that taxpayers often recognized VAT due too late, which consequently entailed the accrual of tax arrears interest, which, in case of multimillion construction contracts, had a major impact on the financial liquidity of the industry.

The CJEU judgement seems to effectively bring the above dispute to an end and it should be assessed positively as a ruling that takes into account the realities of the industry, particularly the common application of FIDIC standards, providing for the procedure of formal acceptance as an integral element of construction/assembly services.

What the judgement means for taxpayers in practice is that: