New maximum real estate tax rates have been set in the announcement of the Minister of Finance issued on 23 July 2020 on the upper limits of the amount of local taxes and fees for 2021. Unfortunately, all rates have been increased. The change will be the most noticeable for entrepreneurs, because the maximum rate for buildings or parts thereof related to running a business will increase by PLN 0.94 per 1 m2 of usable area.

The Head of the National Tax Information in an individual tax ruling of 17 August 2020, file no. 0111-KDIB1-2.4010.166.2020.2.AK stated that the contribution of additional payments by a shareholder is a financial transaction which is subject to the obligation of preparing transfer pricing documentation. Additional payments may be paid to the company in accordance with art. 177 and 178 of the Commercial Companies Code, i.e. when they have been allowed in the articles of association. However, according to art. 16 sec. 1 point 53 of the CIT Act, contributions of additional payments to the company and their return are not considered tax deductible costs. Local transfer pricing documentation is prepared for a controlled transaction of a homogeneous nature, the value of which in the financial year, net of VAT, exceeds the thresholds specified in the CIT Act. In the opinion of the tax authority, „transactions” within the meaning of the CIT Act should be understood as all types of legal actions that result in the transfer of ownership of goods. The subject of economic circulation is not only goods and services, but all things and rights having an economic value, including securities. According to the tax authority, the analysis of the judgments of the Supreme Administrative Court shows that the term „transaction” is synonymous with the term „contract”. Bearing in mind the above broad approach to the definition of a controlled transaction, the tax authority decided that the controlled transaction would also be the contribution of additional payments to a capital company, as in fact an „activity” of an economic nature. The additional payments are used to subsidize the company and are defined as a kind of benefit lying somewhat between the loan and the contribution. Hence, they should be classified as financial transactions. Based on art. 11n point 3 of the CIT Act the obligation to prepare transfer pricing documentation does not include transactions that do not constitute income or tax deductible costs. However, this rule does not apply to financial transactions. According to the tax authority, this is the case here.

Change of the depreciation rate during the year is not allowed

The Head of the National Tax Information in a tax ruling of 22 September 2020, file no. 0111-KDIB1-1.4010.232.2020.1.DK did not agree with the taxpayer on the retroactive change of the depreciation rules. The company interested in reducing tax costs asked the Head of the National Tax Information whether it is possible to return to the reduced depreciation rates applied in the previous year with effect from 1 January 2020 and thus correct previously made write-offs. The tax authority found the company’s position incorrect, as the tax regulations do not allow the depreciation rate to be changed with retroactive effect. The tax authority indicated that pursuant to Art. 16i sec. 5 of the CIT Act, the taxpayer may change the depreciation rates from the first month of each subsequent tax year.

In accordance with the draft act amending the PIT Act, the CIT Act, the Act on flat-rate income tax on selected incomes earned by individuals and some other acts, from January 2021 the flat-rate income tax will be applicable to both income from private rental and lease as well as rental that is part of business activities. The purpose of the planned changes is, among others, allowing for the widest possible use by taxpayers of lump-sum taxation. Currently, entrepreneurs cannot settle rental income with a flat tax rate. In line with the assumptions, the application of the lump-sum taxation on the rental income will not depend on the number of apartments rented or the scale of economic activity conducted in this area. From the new year, regardless of whether the taxpayer rents flats as part of private rental or in business activities, he will be entitled to tax revenues from renting real estate at the rate of 8.5% up to the amount of PLN 100k and 12.5% of the surplus over the indicated amount. According to the same rules, income related to the provision of accommodation services will also be taxed.

According to the Opinion of Advocate General Juliane Kokott of 15 October 2020 in Case C-562/19 P, Polish tax on retail sales is without prejudice to EU law on state aid. This tax is charged on revenues (turnover) and has a progressive structure. It is primarily a burden on high-income enterprises. According to the Advocate General, taxes levied on revenues are gaining in importance worldwide as is also demonstrated by the digital services tax proposed by the Commission. In turn a progressive rate is used to achieve taxation that is adjusted to the financial capacity of the taxpayer. As a reminder, on 1 September 2016, the Act on tax on retail sales entered into force in Poland. The Commission found this tax incompatible with the common market on the grounds that it confers an unlawful advantage on „under-taxed” small enterprises and thus constitutes State aid. At the request of Poland, the Court of the European Union annulled the Commission’s decision, stating that no State aid was granted to entrepreneurs with lower benefits. The Commission appealed to the Court of Justice against this judgment. In her Opinion, Advocate General Juliane Kokott proposed that the Court should dismiss the Commission’s appeal and uphold the judgments of the General Court. Although the Opinion of the Advocate General is not binding on the Court, its judgments are often based on the opinions of the Advocates presented earlier.

Assignment of developer contract is subject to 8% VAT 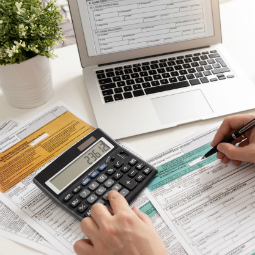 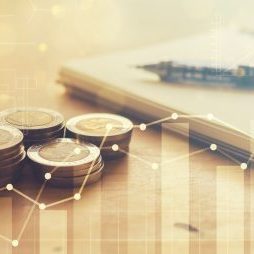