In the judgment of 11 August 2020. (ref. no. II FSK 1074/18) the Polish Supreme Administrative Court (hereinafter: SAC) ruled that expenses incurred due to early termination of the lease agreement may be tax deductible. In the case in question the taxpayer signed a long-term lease agreement for office space. Due to worse financial situation the company was forced to terminate the lease agreement. Consequently, it had to agree with the landlord on the remuneration for agreeing to early termination of the agreement. Taxpayer’s doubt was whether the compensation paid as a lump-sum renumeration constitutes a tax deductible cost. The Director of the National Fiscal Information disagreed with the company’s position, stating that this cost cannot be related to any taxable income. According to the District Administrative Court in Gdansk (hereinafter: DAC) this expense may decrease the taxable income. The DAC argued that the lump-sum remuneration for termination of the agreement fulfils deductibility criteria as it secures the future interests of the taxpayer and may protect against further undesirable costs of the company, including those resulting from an unprofitable lease agreement. The SAC confirmed the DAC’s standpoint and thus admitted that the company’s opinion was right.

According to the judgment of the Supreme Administrative Court of 6 August 2020. (ref. no. II FSK 2500/19), a Polish taxpayer purchasing accounting services from an Indian entity is not obliged to collect withholding tax (WHT). In the analysed case, the Polish company belongs to an international group, whose shared services center located in Poland provides services in cooperation with another group company – tax resident of India. The Polish center outsources some of its accounting tasks to the Indian company. These tasks include: support in processing of liabilities and receivables, accounting reporting, support in EXIM processes and financial reporting. The taxpayer’s doubt was whether the obligation to collect WHT arises when paying remuneration to a subcontractor from India. The Director of the Tax Chamber in Katowice stated that the indicated services have the characteristics of advisory services. Consequently, pursuant to the Polish-Indian Double Taxation Treaty, are subject to withholding tax. The company appealed against the received ruling and both the District Administrative Court in Łódź and the SAC accepted the company’s standpoint. The courts confirmed that the services purchased from an Indian entity are permanent and repetitive and as such should not be qualified as consulting, technical or managerial services. As a result, it is not required to collect WHT from the remuneration paid to the Indian company.

Polish criteria to benefit from bad debt relief are too restrictive

Court of Justice of the European Union (hereinafter: CJ EU) in its judgment of 15 October 2020. (ref. no. C-335/19) ruled that the restrictions of the Polish VAT Act concerning relief for bad debts are contrary to the provisions of the VAT Directive (2006/112/EC). The EU Court questioned the compatibility with EU law of the inability of the creditor to apply the relief, as according to the Polish Act, in cases where on the day of supply or the day preceding the correction of the VAT return the debtor is in the process of restructuring, bankruptcy proceedings or liquidation. Additionally, the EU Court stated that the requirements for i) the debtor to be registered as a VAT payer on the day of delivery of goods or provision of services, and ii) the status of both debtor and the creditor as a VAT payers on the day preceding the submission of the corrected VAT return, are also inconsistent with the EU law. As a consequence, deletion of the debtor from the register of active VAT payers and their being under liquidation, bankruptcy or restructuring do not deprive the contractor of the right to benefit from the VAT relief for bad debts.

The protocol amending the Polish-Dutch Tax Treaty was signed

On 29 October 2020, the Polish Deputy Minister of Finance and the Ambassador of the Kingdom of the Netherlands signed a protocol, which amends the Convention for the avoidance of double taxation on income taxes. The changes are a consequence of the BEPS Action Plan (Base Erosion and Profit Shifting) run by the Organisation for Economic Cooperation and Development (OECD) and the MLI Convention (Multilateral Convention to Implement Tax Treaty Related Measures to Prevent Base Erosion and Profit Shifting). The signed protocol introduced: the transparent entity clause, new regulations concerning the permanent establishment and real estate clause. The implementation of the real estate clause will result in taxation in Poland of capital gains obtained by the Dutch taxpayer from the sale of shares in a company holding directly or indirectly real estate in Poland. Definition of the requirements for real estate assets has not been presented yet. The protocol needs to be ratified and if this process is carried out quickly, the signed document may enter into force as from 2021.

The Supreme Administrative Court in the judgement of 22 July 2020 (ref. no. I FSK 1777/17) ruled that a fixed establishment is created when it is sufficiently durable and has adequate facilities that allow for the use of services provided for the permanent place of business. In the discussed case, foreign company is planning to expand and distribute goods within the territory of Poland. The company assumes cooperation with a related entity for providing marketing and promotional services. Moreover, a member of the management board of this related entity will take the role of the company’s Country Manager (within individual business activity he will conclude an agreement on the provision of consulting services with the company), but without the right to conclude agreements on behalf of the company. The company will also conclude agreements with third parties in the areas of warehousing, logistics and accounting services. The foreign company’s doubt was whether in this situation a fixed establishment will be constituted on the territory of Poland. Minister of Finance stated that in the presented scenario a company will have a fixed establishment in Poland. It is not necessary to have own personnel or technical facilities, but it is sufficient for the company to have comparable control over staff or facilities. In subsequent instances, the administrative courts also disagreed with the company’s position and stated there is a fixed establishment in Poland. The District Administrative Court in Warsaw argued that the fixity is determined by the use of resources in Poland (professional staff and technical facilities) on all levels of business activity, based on cooperation agreements concluded with Polish entities. The SAC confirmed the narrative of the DAC and emphasized the special role of the Country Manager, whose had the characteristics of control and supervision. The circumstances that all elements of the activity conducted in Poland remain with other entities and key contracts are concluded in Malta do not preclude the fixed establishment, in the opinion of SAC.

When the delivery of real estate is a VAT-taxable activity?

Supreme Administrative Court in the judgment of 3 July 2020 (ref. no. I FSK 1888/17) ruled that the division of land into several plots with different purposes is not a condition for considering the seller as a VAT payer. Moreover, an incidental sale of biomass obtained from the plots of land is part of the standard management of private wealth and it does not have to mean for the seller to be considered a VAT payer. In that case, the taxpayer has had a land for more than 20 years. In the meantime the land has been divided into several smaller plots of various purposes (construction or forestry). Previously, the parcel was used for agricultural purposes, afterwards it was unused. After the division of the land, the owner cleaned the plots twice from overgrown biomass. The taxpayer had doubts whether he would act as a VAT payer if he sold the separated plots of land. The Director of the National Fiscal Information ruled that the taxpayer’s overall actions with respect to the land he owned indicate that he would act as a VAT payer in case of potential sale. The District Administrative Court in Łódź upheld the position of the tax authority arguing that it was the taxpayer’s initiative to divide the land, which is an argument against the taxpayer’s standpoint. The SAC ruled however that the taxpayer’s actions did not prejudge that the land was used by an individual for business purposes. The SAC argued that activities such as division of land in order to obtain a more attractive offer, publication of an advertisement on Internet side or engaging a real estate agency are standard procedures performed by persons selling real estate and it is not a prerequisite for conducting business activity.

Supreme Administrative Court in the judgment of 17 July 2020 (ref. no. II FSK 1219/18) ruled that a merger of a capital company with a partnership by the way of acquisition will not generate taxable income. In the case in question, the CIT taxpayer was planning a merger with a general partnership or a partnership by transferring all the assets of the acquired partnership by exchange for shares in the increased share capital. The taxpayer had doubts whether the merger carried out in the course of the company’s tax year, resulting in the takeover of the partnership’s assets, would generate tax revenue for the company. In the opinion of the Director of the Tax Chamber in Poznań, tax revenue will be generated due to the definite benefit and the impossibility of applying the exemptions stipulated in the Polish CIT Act. The District Administrative Court in Poznań had different opinion, which ruled that the surplus of the value of the assets acquired over the nominal value of the shares granted to the partners of a partnership does not constitute income for the company. The SAC confirmed the DAC’s opinion, arguing that the exclusion from the category of taxable revenues on the basis of the CIT Act applies not only to the additional payments made to the company, but also to all kinds of amounts and values received upon issue of shares, constituting a surplus over their nominal value and transferred to the supplementary capital. Therefore, both monetary and in-kind contributions as well as the surplus created at any other issue of shares and transferred to the supplementary capital are excluded from taxation. 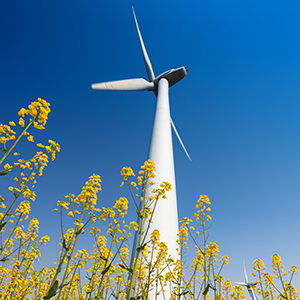 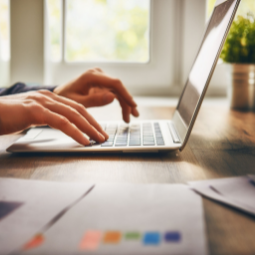