On the 19th June 2019 Ministry of Finance published project of tax clarifications concerning application of provisions regarding rules of withholding WHT that entered into force since 1 January 2019. In the clarifications Ministry of Finance presented their standpoint as regards new definition of beneficial owner, due diligence requirements at verification of requirements for a lower tax rate, tax exemption or not withholding tax as well as issues regarding WHT refund and calculations of the statutory threshold of PLN 2M. If a taxpayer acts compliant with the final version of the clarifications the taxpayer and the payer will be covered by the protection provided for in the Tax Ordinance. Despite the length of the document, the some topics are explained too generally – interpretative doubts, in particular regarding the duty of diligence still remain.

The Ministry of Finance two days before introducing new rules of withholding tax, again, deferred its application. Pursuant to the Decree of the Ministry of Finance published on June 28, 2019, the provisions concerning new WHT regime being applied for payments exceeding 2m PLN, have been deferred until the end of 2019. The Decree of MF provides a postponement of WHT provisions only in respect to the CIT payers. Above indicates that, the payments which would be made after July 1, 2019 to PIT taxpayers are under the new WHT regime. It is worth to mention that, from the January 1, 2019 in the scope of the payments made to the PIT and CIT taxpayers as well, the new definition of the beneficial owner comes into effect and that all taxpayers are obligated to verify the requirements for a lower tax rate, tax exemption or not withholding tax with due diligence.

In the judgment of 8 July 2019 (reference no: II FSK 135/19), the Supreme Administrative Court ruled that the Minister of Finance had rightly refused to issue an advanced tax ruling requested by a joint stock company intending to acquire a strategic investor and transfer all his shares to it. The company decided to establish a special purpose vehicle, perform a reverse takeover (where the subsidiary is also the acquiring company) and sell the shares to the strategic investor. In this way, the investor would avoid the need to establish collateral and to bear the costs of the bank guarantee. The operation would result in a loss on the sale of shares, which the company could deduct from income in subsequent years. The minister decided that the loss would be created artificially, and the main purpose of the transaction would be a tax advantage, because saved costs would be disproportionate to the incurred tax loss. This view was supported by the courts of both instances. The Supreme Administrative Court has not decided to refer questions to the Constitutional Tribunal in the case described, stating that the anti-avoidance clause is consistent with the Constitution.

Surface criterion not for calculating the proportion of sales

In the judgment of June 25, 2019 (reference no. I FSK 933/17), the Supreme Administrative Court ruled that a taxpayer performing both taxable and VAT exempt VAT transactions should deduct tax using an indicator based on the proportion of sales. The case concerned a housing co-operative carrying out thermo-modernization of a service and residential building, used partly for activities subject to VAT (rental of business premises), and partly for activities exempt from VAT (sale of residential premises). According to the housing cooperative, the criterion of area should be used to deduct VAT related to modernization, in accordance with art. 86 par. 2a of the VAT Act, allowing for deduction of this part of the input tax, which corresponds to the area of real property used for taxable transactions. The sentence of the cooperative was supported by the Voivodship Administrative Court in Olsztyn. However, the Supreme Administrative Court disagreed with the abovementioned opinion, explaining that Art. 90 sec. 1 point 3 of the VAT Act, requiring the calculation of the proportion based on the annual turnover, i.e. how much of the taxpayer’s yearly turnover fall on activities in connection with which he is entitled to deduct VAT will be applicable. The surface criterion would, however, be found if the property was used partly for activities subject to VAT, and partly to activities not subject to the tax.

Fee for resignation from lease does not constitute a taxable cost

According to the sentence of Supreme Administrative Court from 7th June 2019 (file no. II FSK 1724/17), deducting the amount of contractual penalty from the revenues is not allowed. The company signed preliminary lease agreement in which it agreed to lease out the property for at least 5 years. Eventually, the company withdrew from the agreement which resulted in the obligation to pay the penalty. The company stated that the amount of the penalty can be charged into tax deductible costs. However, according to tax authorities and courts of both instances, by terminating the agreement the company lost the source of income and consequently the cost of the penalty cannot be deducted from the revenues. While costs of signing the agreement may be considered as tax deductible costs, the costs of withdrawal from the agreement – not.

In the sentence of 9th July 2019 (file no. II FSK 2443/17), The Supreme Administrative Court decided that the income from free of charge benefits would not be generated if the shareholder of the holding company serves as a member of the board of the subsidiary company free of charge. According to the court, holding company is interested in the way financial interests of the subsidiary are managed. Therefore, in this case, benefits are equivalent. What is more, Commercial Companies Code allows serving as a member of the board for renumeration or free of charge, which should be taken into account during tax and legal assessment.

Application of art. 15e of CIT Act. to agency services of intermediary nature

Voivodship Administrative Court in Gliwice in sentence from 4th July 2019 (file no. I SA/Gl 579/19) decided, that the limitation on tax deductibility of expenses for intangible services acquired from related entities (art. 15e of CIT act) should apply to agency services. The agency services included leading to the sale agreement, maintaining relations with the customers and reporting to the company about the situation on the market. Therefore, the services listed above are significant for advisory and market investigation services.

If the company’s operations are reasonable, then the expenses incurred to terminate the lease agreement can be considered as tax deductible costs. In the analysed cases, companies making a decision on early termination of the lease achieved more benefits than the income they would have achieved by continuing the rental of real estate without economic justification. 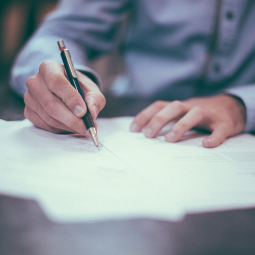 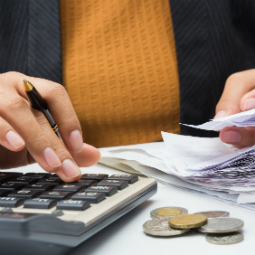