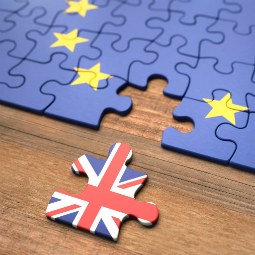 After Brexit, entities from the UK, registered as VAT taxpayers in Poland, will have to establish their fiscal representatives. This might not be so easy due to the risk that this role will entail.

Brexit will completely change the rules for settling VAT in transactions with entities from that country. Such transactions will no longer be able to be settled under the intra-Community acquisition of goods or intra-Community supply of goods procedure. They will have to be treated as the import and export of goods to a third country, i.e. a country outside the European Union. Therefore, it will not differ in any way from settlements with such countries as the United States or China.

Although the agreement negotiated earlier was intended to introduce a transitional period in this respect, during which the existing settlement rules were to apply, but for the time being it is difficult to predict what form Brexit will eventually take and under what conditions it will take place. This means that the changes to the VAT accounting rules can take place overnight and entrepreneurs must be prepared for such a situation.

The change of VAT settling rules will entail, in the first place, a considerable expansion of obligations related to documentation and the necessity to complete all customs formalities. Companies from the UK will also be required to appoint a fiscal representative.

Mandatory representative
The VAT law clearly rules that the obligation to appoint a fiscal representative applies primarily to (non-EU) entities which do not have their registered office or permanent place of business within the territory of a Member State and are subject to the obligation to register as an active VAT payer. I.e. it will apply to companies from the UK, which after Brexit will no longer have their registered office in the territory of a Member State, as that country will lose this status when exiting the EU, and at the same time are registered in the EU countries as VAT taxpayers.

First of all, it must be remembered that not everyone can act as a fiscal representative. Such a role can only be performed by an entity that meets the following conditions:

However, the number of people willing to perform such a role will be very limited, even among those who meet the criteria described above, due to the increased risk associated with performing such a role for UK entities. The risk is all the greater as there may be no transitional regulations which would decide about the rules of settling transactions executed at the time of finalizing the procedure of leaving the country from the European Union. In such a situation, it is easy to make a mistake and it becomes necessary to take into account the risk associated with changes in the way tax and tax authorities interpret the regulations.

Importantly, joint and several liability starts from the date of appointing the fiscal representative and covers tax liabilities arising from that date. This means that it also covers liabilities arising during the term of the contract even after its termination. Consequently, the fiscal representative will be liable for the taxpayer’s debts incurred while he was acting as an agent until they expire.

Therefore, taking on the role of a fiscal representative in a situation where many of the rules on VAT settlements in transactions with entities from the UK, which is to leave the EU, particularly those that start before and end after the Brexit, involves a considerable risk. This will certainly have a major impact on reducing the number of entities willing to take on this role, as it will require not only a great deal of knowledge and professional preparation, but also a great deal of experience.