Prime Minister Mateusz Morawiecki has presented the premises of the aid package for entrepreneurs and the economy. The ‚Anti-Crisis Shield’, as it was named, will be divided into five parts, and its declared value is PLN 212 billion.

The package, the full name of which is the Economic and Social Anti-Crisis Shield to Support Entrepreneurs and Employees in Connection with the SARS-Cov-2 Pandemic, was presented during a press conference on March 18, 2020, and will cover five areas, of which only general premises are known at this stage, summarized below:

In terms of support for employees, wage subsidies have been announced. If certain (so far undisclosed) criteria are met, the state budget will cover 40% of employees’ salaries up to the average salary in the economy. The second 40% has to be covered by the employer and the employee has to agree to have their pay reduced by one fifth. Additionally, it is expected that the state will co-finance the costs of salaries of company employees in downtime, covering nearly half of the remuneration costs. Persons employed under civil law contracts and self-employment are to receive a subsidy of about 2,000 PLN gross per month.

Persons conducting business activity can expect to receive aid payments of up to 80% of the minimum wage. Additionally, entrepreneurs will receive loan guarantees, micro-loans up to PLN 5,000, subsidies for interest on loans. Industries particularly affected by turnover drops are to receive dedicated forms of support, e.g. postponement of lease installment dates for the transport industry by 3 months, or extension to 180 days (from 30) of the deadline for the reimbursement of payments made to travel agencies for the purchase of trips that have been cancelled. Large companies are to receive financing from the Polish Development Fund in the form of a temporary capital increase or bonds. Moreover, the possibility of settling this year’s tax loss in full in the following year (without the 50% limit) was provided for, and in the case of companies affected by a drop in revenue by half or more, the possibility of settling this year’s loss with CIT or PIT due for 2019 (up to PLN 5 million).

The banking sector is to be additionally stabilized by the redemption of bonds and the easing of mandatory reserves by the Central Bank of Poland, which is to translate into increased lending and ensuring the supply of cash available in retail trade.

The fifth area concerns state aid. The plans include creating a fund of PLN 30 billion for public investments, among others for local government roads, digitalization and modernization of schools and energy transformation.

In order to take advantage of these allowances, it is necessary to submit a relevant application. It is also important that these preferential arrangements will not be charged with an extension fee.

A deferral of payment deadlines for PIT, CIT and VAT tax liabilities for enterprises, regardless of their size and legal form, has also been announced.

In the opinion of the majority of business organizations, the proposals presented by the government are insufficient, and the actual aid funds are much lower than the declared amount of PLN 212 billion, of which almost 70% are the monetary policy instruments of the National Bank of Poland and others dedicated to the banking sector. The demands made by entrepreneurs, which were not addressed in the government’s assumptions include, among others, the following:

So far, the draft of the act, which will include the measures proposed by the government together with detailed eligibility criteria and conditions, has not been published. We will keep you informed of any progress in this regard.

We encourage you to contact our advisors who will answer your questions and help you to analyze the impact of the constantly changing situation on your companies.

Read also about: Coronavirus – impact on employment and implementation of agreements 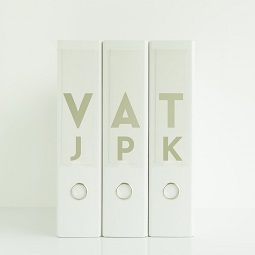