On 13 July 2021 the Supreme Administrative Court (hereinafter: Court) in the case no III FSK 1611/21 presented to the enlarged panel of seven judges a legal issue raising serious doubts, namely: „Can a building object, which is a structure within the meaning of Article 3(3) of the Construction Law Act (Journal of Laws 2010, No 243, item 1623, as amended) in conjunction with Article 1a(1)(2) of the Taxes and Local Charges Act (hereinafter: TLCA), be regarded for the purposes of property taxation as a building within the meaning of Article 1a(1)(1) of the TLCA?”

The subject matter of the dispute concerns the taxation of cement and clinker silos together with tunnels belonging to a company producing building materials. In the original settlement for purpose of real estate tax, the company taxed the silos as structures (i.e. 2% on their value), however, as a result of verification of the settlements, it found that the silos should be classified as buildings in respect of which the tax base is the usable area. As a rule, taxing silos as buildings, in principle, means paying many times less real estate tax than if they were taxed as structures. The local tax authority took a different view and referred to an expert opinion indicating that these objects (silos) have the characteristics of buildings, but the technical solutions applied in terms of the way they are founded, the construction of vertical and horizontal partitions, including the roof, do not occur simultaneously in buildings. The construction of particular objects of this type (silos, elevators, bunkers, etc.) may differ from each other inn technical terms, so addressing this problem to the enlarged composition of the Court should be assessed positively, however, it is difficult to expect that the above resolution will resolve all doubts in the context of the classification of silos either as a building or a structure.

In the tax rulings of 18 June 2021 (no 0111-KDIB2-1.4017.4.2021.1.AT) and of 16 June 2021 (no 0111-KDIB1-1.4017.4.2021.1.AW), the Director of the National Tax Information confirmed the position favourable for taxpayers regarding the keeping of tax books together with related documentation in the case where a company exercises the right to settle a tax loss in five consecutive tax years. In the above-mentioned tax rulings, the tax authority indicated that tax books and related documents should be kept for five years, counting from the end of the calendar year in which the tax return with a loss reported in it for the previous tax year was filed (and not until the statute of limitations for the tax liability for the year in which the loss was last deducted). It means that if a loss is shown in, for example, a return for 2016 (submitted to tax authority in 2017), the tax books should be kept until the end of 2022 (and not, as in the case of the negative line of interpretation, until the end of 2027). The above is a confirmation of the line of interpretation positive for taxpayers presented, inter alia, in the judgment of the Supreme Administrative Court of 6 November 2017 (no II FPS 3/17), in which the Court indicated that „it is not permissible to conduct tax proceedings and rule on the amount of a CIT loss for the tax year in which it was incurred in a situation where the limitation period for the tax liability for that year has expired„.

On 30 June 2021, the pre-consultations on the draft Act of 22 June 2021 amending the Personal Income Tax Act, the Corporate Income Tax Act and certain other acts (hereinafter: the Draft) ended. The Project provides for the introduction of the institution of a holding company, which can be only a limited liability company or a joint stock company having status of Polish tax resident. Encouragement to locate such companies in Poland is to be:

The Ministry announces simplifying the withholding tax settlements as of 2022

In the response dated 14 June 2021 to the parliamentary question no. 24182 the Polish Minister of Finance communicated that they are finalizing the works on the complex revision of the withholding tax (WHT) regulations. It is to be part of the law changes within the New Deal. The amended regulations are supposed to enter into force on 1 January 2022 and primarily includes: application of tax pay and refund mechanism to be limited in scope as well as replacing the opinion on WHT exemption with the opinion on WHT reliefs. Consequently the new opinion will confirm not only the WHT exemption but also the right to apply the reduces WHT rate resulting from the double tax treaty. After implementing the amended laws, the Ministry also plans to publish the final version of the justifications on the withholding taxation in Poland.

In the tax ruling of 1 June 2021 (no. 0111-KDIB3-2.4018.4.2021.2.AZ) the Director of the National Tax Information confirmed that in case the foreign partnership (equivalent of the Polish spółka komandytowa) receives income from the immovable property in Poland, subject to taxation at the level of the limited partner, the latter as a taxpayer is obliged to register for tax purposes in Poland. In the case at hand the partnership is tax transparent both in Germany, where seated, and in Poland. The entity entitled to partnership’s total income is the limited partner being German company (equivalent of the Polish sp. z o.o.). In the discussed case there was an independent tax ruling issued (no. 0114-KDIP2-1.4010.452.2020.1.SP) stating that the partnership operating through the Polish branch does not create the permanent establishment in Poland, but its income will be taxable as derived from immovable property – at the level of the limited partner. As a result, in the moment the limited partner becomes the taxpayer, it will be obliged to register in order to obtain Polish NIP.

The Ministry of Finance presented (stage: pre-consultations) the draft amendments to the PIT, CIT and other laws, including inter alia the new incentive for the strategic investors. Polish and foreign entities which declare the investments in Poland of the minimum value of 100 million, will be entitled to conclude with the Polish tax administration the so called investment arrangement (also named as Ruling 590), being the complex document determining tax consequences of the planned investment. Such arrangement is to enable receiving in one document all related information, which is currenty subject to individual tax rulings, binding VAT and excise rate rulings, advance (protective) tax rulings and unilateral advance pricing agreements. Ruling 590 will be issued at the request of the investor filed to the Minister of Finance, for which however the fees are required – 50,000 for the application and from 100 to 500 thousand for the arrangement. Both the application and the arrangement could be in English. Ruling 590 will be binding for the tax authorities and be in force for 5 years (with the extension option).

The Supreme Administrative Court in the judgement of 8 April 2021 (no. I FSK 560/18) determined what circumstances must be analyzed in order to treat the land as non-developed for the purposes of VAT exemption to be applied at the sale. The company requesting the tax ruling was of the opinion that the non-developed land under VAT law is also the plot on which there are buildings/structures constructed, if they are not subject to the transaction. The tax authority stated that such stanpoint is not correct, but the company won their case before the District Administration Court (WSA) in Warsaw. The court admitted that the presence of the transmission facilities on the plot does not determine its designation for development. This should result from the zoning plan and if not existent – from the land development decision (neither of those were in place in the discussed case). The Supreme Administrative Court (NSA) however agreed with the tax authority and accused WSA of skipping the analysis of whether the land was factually developed (it was not enough to determine if it was destined for development). Bearing in mind the function of VAT provisions, NSA indicated the possibility of taking into account the economic sense of the transaction – including the parties will with respect to the land (e.g. if the buildings/structures are to be removed). So NSA confirmed that such land could be treated as non-developed, but only if the attachments situated therein has no leading meaning for determining the function of the land as developed. 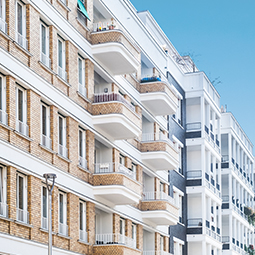 Key changes under the Polish Deal that will affect the real estate industry. 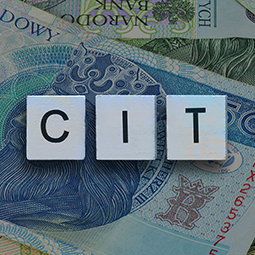