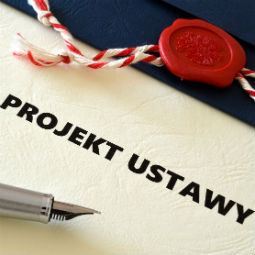 In a bill published on August 24, 2018 amending the tax regulations, in addition to further restrictive changes to the tax system, the Ministry of Finance announced the introduction of a mechanism to the CIT Act enabling the inclusion of „hypothetical costs of obtaining external capital” in the tax deductible costs, i.e. Notional Interest Deduction (NID).

Following the other EU countries, i.e. Italy, Belgium, Portugal, Malta and Cyprus, the Ministry of Finance plans to introduce an incentive to leave capital in companies which objective is to be, as the legislator indicates in the justification to the bill, increase the tax attractiveness of own financing.

According to the proposed changes, the hypothetical costs of obtaining external capital, which are the product of the NBP reference rate increased by 1 percentage point and the additional payment made by partners to the company (in accordance with the provisions of the Commercial Companies Code) or the amount of the so-called retained earnings, i.e. profit transferred to reserve or reserve capital of the company.

The interest calculated in the above manner will be tax deductible up to PLN 250,000 per year. The cost deductibility is allowed in the year when additional contribution was made or profit for reserve or share premium capital was transferred and in two subsequent years.

According to the proposed changes, if within 3 years from the end of the tax year in which the additional capital contribution was made to the company or a resolution to keep the profit in the company was adopted, the additional payments or payment of profit will be refunded (also partially), the income will be the „hypothetical” interest previously included as the tax deductible costs. Analogous income will arise in the event of a takeover, spin-off or transformation of a company into a company being not a legal person before the expiration of the above-mentioned 3-year period.

It should be noted that the above mechanism cannot be used in the case of allocating contributions or retained profits to cover balance sheet losses.

The above-mentioned rules are to apply from January 1, 2020, but they will also apply to capital contributions made and retained profits from 2019.

We discuss, among others, Landmark agreement on the taxation of large companies or another postponement of the application of the new WHT collection rules.