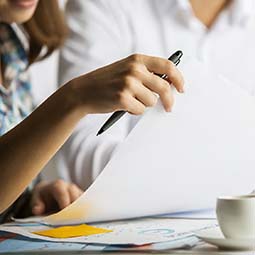 Following the conclusion of the consultation on the tax changes under the Polish Deal, the Ministry of Finance has decided to make several adjustments to the draft. Among others, the modifications covered the most controversial area concerning the amount and settlement of health contributions.

The draft tax amendments under the Polish Order have been approved by the government and were submitted to the Sejm (Document no. 1532). In the final stage, modifications to the draft have been made as a result of consultations carried out by the Ministry of Finance.

Contribution amount depends on who pays it

The first version of the draft envisaged almost revolutionary changes in the amount of payment and the principles of accounting for health contributions. In general, the idea was to equalize the amount of the contribution for both employees and entrepreneurs to 9% of the total income received and to remove the possibility of deducting it from tax. The consequence would be a significant increase in the tax burden, especially for businesses subject to flat rate PIT tax. The publication of these proposals at the end of July was followed by fierce criticism. Both entrepreneurs and business organizations, as well as tax experts, widely commented on the ministerial proposal, showing its effects in practice.

As a result, the MF decided to soften the original proposal, which unfortunately does not mean that it backed down from it. The draft submitted to the Sejm stipulates that the health contribution for persons settling PIT under general progressive tax regime will still amount to 9% of income. It will no longer be tax deductible. The health contribution for companies settling PIT on a flat-rate basis will look different. In their case, the MF proposed that the contribution rate should be 4.9%. For flat-rate taxpayers the basis for calculating the contribution will also be income. Despite this modification, the change will still mean an increase in the tax burden for taxpayers subject to a flat tax, as they will no longer be able to deduct it from their taxes.

On the other hand, in the case of taxpayers paying fixed tax rate (tax card), the amount of the minimum wage will be used to calculate 9% of the contribution. The contribution in this case will therefore be PLN 270.

The draft also includes a proposed change to the deadline for settling health contributions. It is to be the same for all taxpayers and has been set at the 20th day of the following month for which the contribution is due.

Another area of changes introduced in the draft legislation introducing the Polish Deal concerns certain reliefs. One of them is the so-called return relief. It is addressed to persons who will change their tax residence to Poland. The draft specifies that this relief will be available to taxpayers who have Polish citizenship, a Pole’s Card, and have not had tax residence in Poland for the past 3 years. The fact of living abroad can be proven not only by a residence certificate, but also by other documents, such as certificates issued by administrations of other countries and documents concerning work or registration abroad.

In addition, the MF decided to extend the deadline for certain reliefs for entrepreneurs. The R&D relief, for hiring innovative employees and for robotization will be allowed to be accounted for in the year the expense is incurred and for 6 consecutive years. The Ministry also decided to extend the period of preference for another four reliefs. According to the draft, the settlement period for the expansion relief (which allows an additional deduction for costs incurred by a company in expanding its sales markets) and the historic monuments relief (which allows a deduction from income of renovation and conservation expenses related to historic properties) will be extended from 5 to 6 years, the relief for the purchase of a payment terminal will be extended from 4 to 6 years, and the prototype relief (which relates to the production and market launch of a new product) will be extended from 2 to 6 years.

Under the Polish Deal, the conditions for eligibility for Estonian CIT will be simplified. The MF wants a wider group of companies to benefit from this solution. In order to make this model of settlements with the tax office even more attractive – at the request of business – the Ministry of Finance decided to reduce the effective rate of Estonian taxation of a company with PIT and CIT. Starting next year, the effective income tax burden for Estonian model taxpayers is to decrease from 30% to 25% for larger entities. The reduction for smaller ones is supposed to be from 25% to 20%.

Another change introduced to the Polish Deal concerns the largest companies. The Ministry of Finance wants to impose a new tax on them – the so-called “tax on large corporations”. It is to apply to capital companies whose share of income in their revenue will be less than 1%. Only operating income and revenue will be affected. It will amount to 0.4% of the revenue companies earn plus 10% of excess passive payments (i.e., passive spending).

Estimates of the MF indicate that a few percent of companies will pay the new tax and it will be the largest corporations.

The majority of changes included in the Polish Deal are to enter into force on January 1, 2022. However, for these solutions to become effective as of that date – especially in the area of unfavorable changes in income taxes – the enacted regulations must be published in the Journal of Laws by November 30, 2021.