The law on special aid instruments in connection with the spread of the SARS-CoV-2 virus, or the so-called Anti-Crisis Shield 2.0 (although some might argue that the name Shield 1.1 would be more appropriate), was signed by the President on April 17, 2020.

It introduces further aid solutions for business, which found itself in a difficult situation due to the pandemic. Below we present the most important tax and legal solutions as well as employment aspects proposed under the Anti-Crisis Shield 2.0.

Anti-Crisis Shield 1.0 has already introduced the possibility of exemption from the obligation to pay social security contributions for the months March – May 2020. However, only entrepreneurs reporting a maximum of 9 insured persons to ZUS (Polish Social Insurance Institution) could use it. This exemption concerns, contributions for social insurance, health insurance, Labor Fund, Solidarity Fund, Guaranteed Employee Benefits Fund, Bridging Pensions Fund.  The application for exemption should be submitted not later than June 30, 2020.

The Anti-Crisis Shield 2.0 provides for the possibility to take advantage of the exemption from paying social security contributions also by entrepreneurs who report 10 to 49 insured to ZUS.

However, in the case of these entrepreneurs, the exemption is granted in the amount of 50% of the total amount of unpaid due contributions, indicated in the settlement declaration submitted for a given month, respectively: March, April, May 2020.

The Act explicitly indicates that unpaid contributions for March – May are exempt from the obligation to pay social security contributions „ZUS contributions” (in the case of entrepreneurs reporting for insurance from 10 to 49 people, 50% of these contributions are subject to exemption).

However, according to an officially confirmed interpretation, based on article 24 of the Act on Social Security, previously paid contributions for March may be recovered exceptionally. This interpretation of the provisions of the Act on Anti-Crisis Shield 2.0 results from the fact that this Act entered into force after the date of payment of ZUS contributions for March.

Ipso facto, the entrepreneur who has submitted an application for exemption from contributions for three months (March, April, May), and has already paid the contribution for March, may apply to ZUS for payment of overpaid funds. An application for reimbursement of this overpayment must be submitted before the deadline for paying ZUS contributions for April. The overpayment will be refunded provided that the entrepreneur meets the conditions for being exempt from ZUS contributions and does not have arrears for earlier periods (because in such a situation, the overpayment for March will be credited towards these arrears).

If the entrepreneur does not apply for a refund of the overpayment for March, this overpayment will be settled against ZUS contributions for April and will no longer be recoverable. It should be remembered that the exemption from ZUS for the months of April and May applies only to contributions not yet paid.

Municipalities and communes were given the opportunity to introduce an exemption from property tax for a part of 2020 and to extend the deadlines for payment of property tax installments also to non-governmental organizations and other entities referred to in the Act on Public Benefit and Volunteer Activities, whose financial liquidity has deteriorated due to incurring negative economic consequences due to COVID-19.

In the case of other taxpayers whose tax year corresponds with the calendar year, the deadlines remain unchanged (and will be exactly the same as the deadlines referred to above).

The provisions of the Corporate Income Tax Act, regulating the  status of a tax capital group (PGK), introduced facilitations for maintaining this status in case of negative effects resulting from COVID-19.

A PGK will not lose its status even if there are tax arrears in the companies forming it and PGK itself does not achieve the required share of income in the revenues of at least 2%.

The provisions of the Act on Tax on Civil Law Transactions (PCC) introduced an exemption from this tax for transactions of sale and exchange of virtual currencies. The exemption comes into force on July 1, 2020.

Pursuant to a solution provided for in the Anti-Crisis Shield 2.0, a delivery cannot be considered to be delivered if it is not collected by the recipient during the time of an epidemic emergency (consequently, various deadlines provided for in the tax law do not commence).

However, this rule will not apply in the case of tax inspections, customs and fiscal inspections and tax proceedings if such inspections or proceedings are a result of suspicion of committing a crime or fiscal offense.

Aid shall be granted upon application, which shall be obligatorily accompanied by a declaration of a difficult financial situation, data reflecting the financial situation and a description of measures aimed at stabilizing the economic situation of the entrepreneur. In principle, the ARP has 14 days to consider the submitted application for aid.

The amount of support, its type and the purpose, for which it will be allocated, as well as the rules and deadlines for its reimbursement are specified in the agreement between the ARP and the beneficiary. The entrepreneur (beneficiary) will be obliged to establish and provide the ARP with the required collateral.

Support from the ARP may be granted to every entrepreneur running business activity in the territory of Poland, regardless of whether they have the status of a micro, small, medium or large entrepreneur.

SOLUTIONS FOR THE REAL ESTATE INDUSTRY

However, pursuant to the regulations proposed in the Anti-Crisis Shield 2.0, the above rule will not apply to the administrative development plan process. As a consequence, the architectural-construction authorities should issue land development conditions decisions within the time limits generally provided for in the KPA, i.e. within one month, and in particularly complex cases within two months. In case of serving a decision establishing the land development conditions or a decision to refuse establishing them to a party, the time limit for lodging an appeal against such a decision or a complaint to the administrative court will apply in accordance with the rules resulting from the KPA or PPSA respectively – therefore, it will not be suspended during the epidemic.

It should be assumed that the lack of suspension of time limits in the case of administrative proceedings to determine the land development conditions does not exclude the possibility for the party to file a complaint against the authority’s idleness or a protracted manner of conducting the proceedings.

The proposals contained in the Shield 2.0 assume that the time limits for submission of opinions or agreements will not be suspended. The competent administrative bodies participating in the procedure of adopting the local plan will be obliged to perform their tasks on time despite the coronovirus pandemic.

The proposed regulations of the Shield 2.0 will also not postpone the time limits for the community/municipal council (rada Gminy) to adopt a resolution on determining the location of a housing project or to refuse to issue it. Investors’ applications submitted under the Act of July 5, 2018 on Facilitation of Preparation and Implementation of Housing Investments and Accompanying Investments should be processed on time during the coronovirus pandemic.

According to the act, if, following the submission of an application for an occupancy permit for a building (regardless of its category) before the date of entry of the Anti-Crisis Shield 2.0 into force, no decision regarding the occupancy permit has been issued, then such an application will be recognized as a notice of completion of construction.

However, the wording of the new regulations has led to divergent interpretations. The majority of construction supervision authorities competent to issue occupancy permits have assumed that since under the regulations of the Shield 1.0, the time limits for objection have been suspended and the regulations of the Shield 2.0 do not contain an explicit provision to „unfreeze” these time limits in proceedings concerning occupancy permits, the investor cannot commence using the building, claiming that the competent administrative authority has not objected within 14 days. I.e., until the construction supervision authority issues a statement that there are no grounds for objection (in practice, this may take several weeks or months), the investor should refrain from starting to use the built structure.

On the other hand, some construction supervision authorities have assumed that the new regulations simplifying the procedure of commissioning buildings are a special regulation which excludes the application of the general provisions of Shield 1.0 on the suspension of time limits for raising objections. As a result, if no objection is raised within 14 days from the entry into force of the Shield 2.0 regulations or submission of a notice of completion of construction works, the investor acquires the right to start using the built structure.

The proposed amendments allow administrative authorities to make the case file or parts of it available to the parties using electronic means of communication, in particular if it is impossible to provide direct service to applicants at the office of the authority due to the coronovirus pandemic.

The group of recipients of subsidies was extended to include, i.a., non-governmental organizations and state legal entities within the meaning of the Public Finance Act.

Some groups of employers will be provided with additional important opportunities to change the work time system and schedule. This applies to activities necessary to ensure the continuity of the business.

However, the above applies only to certain employers, including:

During the epidemic emergency or the state of the epidemic, it is permitted to carry out initial training in occupational health and safety in its entirety through electronic means of communication, with the exception of on-the-job training at workstations (due to particular exposure to dangerous agents),

The time limits for periodic health and safety examinations, which fall during the epidemic or 30 days after its end, shall be extended, and such examinations may be carried out within 60 days of the end of the epidemic.

This document was prepared for informational purposes only and is of a general nature. Every time before taking actions on the basis of the presented information, we recommend obtaining a binding opinion of TPA Poland and Baker Tilly Woroszylska Legal experts. 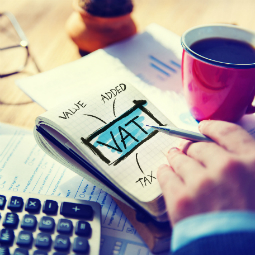 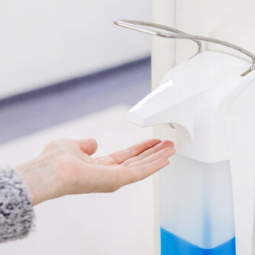